TOXIC STAPLE is featured on TEDx talk as one of the go-to books for the bigger view of gluten intolerance by expert, Dr. Rodney Ford, @ min 9

What a surprise! I was most honored and astonished to see my book, Toxic Staple, featured among such notable books as Wheat Belly and Grain Brain as one of the “go to” books for the bigger view of gluten-related disorders beyond celiac disease. It has taken a decade for me to bring this cutting-edge research and testing to the public. 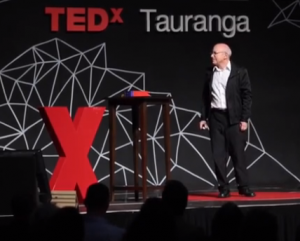 Dr. Rodney Ford, a pediatric gastroeneterologist and forward-thinking expert, lecturer, researcher, and author on gluten-related issues (from New Zealand) was most magnanimous to have included my book cover in his video, Daily bread: Can ANY human body handle gluten? This video is very worthwhile for everyone to watch. My mention is at about 9 min.

Dr. Ford stresses that it’s “risky” to consume gluten; that “a negative endoscopy does not rule out a gluten problem.” He alludes to Dr. Fasano’s research saying, “Nobody can digest the stuff” and that gluten leads to an overproduction of zonulin which in turn causes inflammation and leads to a “leaky gut.” He coined the term Gluten Syndrome and maintains it is mainly a brain disease, thus, the long list of neurological and cerebral issues linked to gluten.

Dr. Ford also gave a very strong endorsement of Toxic Staple to be found on this site under endorsements or in the front of the book.

A gentleman from NZ had sent Dr. Ford’s video to me, so you can imagine how shocked and thrilled I was to see my book mentioned by a world leader in gluten-related illness.