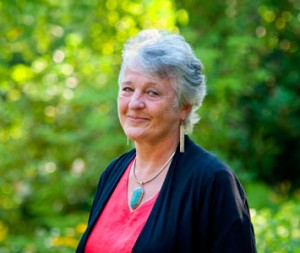 Anne Sarkisian has been an authoritative advocate for the awareness of celiac disease and non-celiac gluten intolerance since 2004. To this end she has attended more than half a dozen medical conferences on the topic, read numerous books, and examined over 2000 abstracts and research studies from around the world. Along the way, she also has interviewed hundreds of people who have found relief from a variety of medical conditions by adopting a gluten-free lifestyle.

Sarkisian is constantly discovering new data that associates gluten with common symptoms and maladies, some of which can be degenerative, others life-threatening. There is no shortage of information! What is lacking is a workable mechanism by which research findings can be made readily available to doctors and health care professionals. Toxic Staple: How Gluten May be Wrecking Your Health – and What You Can Do About it! along with Sarkisian’s website, www.ToxicStaple.com, bring cutting-edge information on this topic to the medical community and the general public alike.

Sarkisian is a graduate of the University of New Hampshire and taught elementary school before leaving the teaching profession to raise her family. As a member of Clever Hand Gallery, an artisans’ cooperative in Wellesley, MA (www.cleverhandgallery.com), she works as a fiber artist and designer of hand-painted silk scarves and one-of-a-kind jewelry creations.

Sarkisian also loves to garden and is a Master Flower Show Judge accredited by the National Federation of Garden Clubs. For the past twenty years she has exhibited at “Art in Bloom” at the Museum of Fine Arts in Boston. At the New England Spring Flower Show, also in Boston, she is an ardent competitor and has won numerous awards, including Best of Show.

Almost a decade ago, nearly every member of Sarkisian’s family was diagnosed with gluten sensitivity. At that point she became determined to learn everything she could about this substance that was wrecking havoc with her family’s well-being and with the well-being of millions of families across the country. The result was Toxic Staple, a book she hopes will empower readers to become their own advocates in a quest for better health.

Sarkisian lives with her husband in a totally gluten-free household in New Hampshire.